To our valued customer,

We introduce analysis cases that we received inquiries from customers and are often viewed on the WEB.

As electromagnetic appliances become more and more efficient, evaluations of iron loss at a high accuracy also become increasingly sought after. Actual manufacturing sees processes of electromagnetic steel sheets being punched out with a press, laminated, fixed into place with caulking, welding, with bolts tightened, etc., with the laminated iron core either press-fitted into frame or shrink-fitted. Stress and residual strain can occur as a result of these processes, which compared to more ideal conditions, causes increases in iron loss. 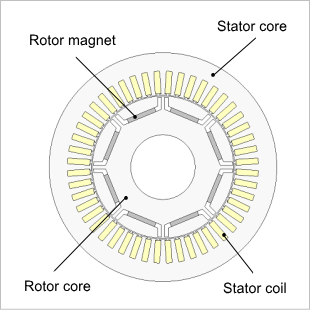 In simulations using the finite element method, iron loss can be calculated taking into account the effect of this stress and distortion.
In this example, an analysis of an IPM motor accounting for the residual strain that occurs as a result of punching processes, and evaluates the effect on torque, magnetic flux density, and iron loss.

Expressing Deterioration as a Result of Residual Strain 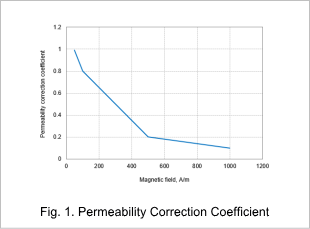 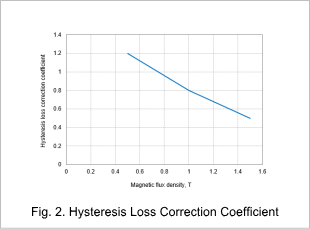 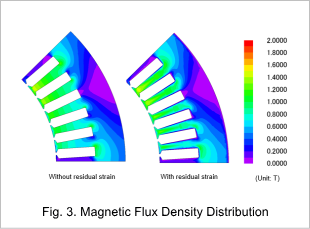 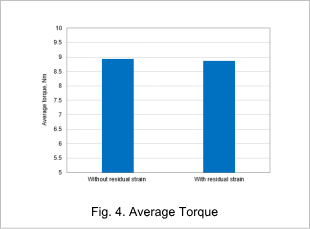 Please see the website for Effect on Iron Loss.

Sample data is available to JMAG proper users and requires license ID to access.
* If you are not a JMAG user and are interested in JMAG, please let us know using the inquiry form. We will contact you later.Contact us from here

This is to announce that the North America JMAG distributor POWERSYS will be holding the Virtual North American JMAG User Conference 2021.
We look forward to your participation.