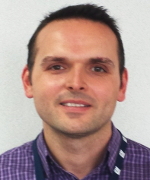 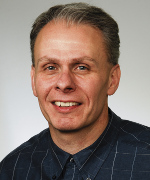 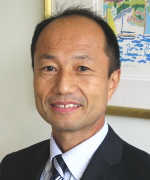 Hello, this is the Users Conference secretariat, Tomomi Igarashi.

We are pleased to announce the 23rd JMAG Users Conference.

JSOL Corporation would like the Users Conference each year to be an opportunity for users to communicate and share ideas.
A wealth of content will be provided to satisfy a range of skill levels including JMAG wizards and beginners, as well as those who have not yet participated in the Users Conference.

We have invited presenters leading in various fields to discuss the latest technology topics both in and outside the country, as well as case studies using JMAG for various sessions such as motors, optimization, and loss.

The latest version of JMAG will also be presented at this Users Conference. We hope you use this opportunity to rediscover the magic of JMAG.
For those who have not yet joined us, those who could not participate in the previous year, those who have not attended for several years, and those who join us every year – we welcome all of you.

We look forward to seeing new and familiar faces!

While it is safe to say that the certainty of vehicle electrification has never been so apparent, the debate on the appropriate level of electrification and appropriate system to get there is still ongoing and it’s likely to stay that way for the conceivable future. The customers are becoming more familiar and captivated with HEVs while their needs and desires in this space are evolving, hence driving the demand for a wider range of electrified vehicles including; BEVs (Chevy Spark), EREV (Chevy Volt 2), PHEV (Cadillac CT6), Fuel Cell etc. This talk focuses on electric machines for traction application, common key enabler of vehicle electrification. Specifically, we will discuss a range of electric machines designed and developed over the last decade in support of vehicle electrification at General Motors.
Although each application brings along its unique set of system and component level requirements and challenges, some characteristics and requirements are common across the entire portfolio. Specifically, for electric traction machines, some key common requirements are: Relatively high torque and power density, wide speed operating range, high efficiency in low to medium torque ranges over the large speed span, wide temperature operating range, high transient thermal capacity, reliability, excellent NVH metrics, mass manufacturability and ultimately, the cost. All combined constitute a tall engineering order by any measure and no single electric machine topology can meet it all across the application spectrum. At GM, over the years, we have designed and developed various electric machines, optimized for specific application needs and those will be the focal point of this discussion.

Model-Based Design is a proven method of using system-level simulation to develop embedded software for motor control systems. The approach is improved with the use of higher fidelity FEA-based motor models. In this presentation, MathWorks will describe Model-Based Design, with emphasis on motor modeling and the joint efforts between JMAG and MathWorks to improve importing motor model data from JMAG FEA software into Simulink.

With the assistance of enhanced capabilities of computers and other contributing factors, FEM analysis has been extensively used for handling a broad range of objects from the understanding of physical phenomena in such as structures, fluids and magnetic fields to solving coupled problems of these phenomena. In addition, the application range has been expanding. For instance, the use of FEM analysis allows us to elicit the ultimate capabilities of things in combination with optimization methods and other means. In this lecture, the future potential of FEM analysis is discussed and the development of products for which FEM analyses have been used by the presenter so far is introduced by showing case examples and others.
This website uses cookies to improve functionality and performance. If you continue browsing the site, you are giving implied consent to the use of cookies on this website.
If you want to know more or refuse consent, read our Cookie Policy.
Accept
Cookies Policy