The classification or “family tree” of electric machines today

At this time of great disruption, many engineers will take time to reflect on their work and studies. As it has happened in the past, improved understanding and new methods have emerged from periods of difficulty, and this will surely happen again. This engineering webinar series sponsored by JMAG and Powersys is intended as a contribution to this process. Prof. Miller begins by reviewing the entire family of electric machines, uncovering the theoretical and manufacturing reasons why machines are built and used as they are today. He draws particular attention to the unity of the family of AC drives, which includes the asynchronous induction motor and the brushless PM motor as well as the AC synchronous machines. 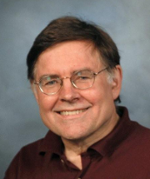 The profound influence of electronic control is made clear, not only in relation to its history but also for the present and the future. Equally the impact of modern permanent-magnet materials is shown in detail, and the question of scarcity is discussed. DC machines, universal motors, and the important classes of reluctance machines are shown to be full members of today’s family of electric machines with important roles. We hope the webinar will appeal to a wide audience. For anyone new to the industry, it can be used as an introduction. Students may find it helpful in sorting out the confusing array of different machine types. Specialists (including the expert users of sophisticated software tools) may like to take a break and enjoy a wider view. And experienced designers and users may compare their own reflections on the electric machine industry through this unifying review.

These automatic captions are generated by machine learning algorithms, so the quality of the captions may vary.

Vol.1
The CLASSIFICATION OF ELECTRIC MACHINES

Vol.3
The Number of Poles in an Electric Machine

In this 17th seminar, we will be covering discussion regarding the IPM motor open-circuit condition, where I explain the EMF and cogging necessary for evaluation in the open-circuit condition.
First, we evaluate the EMF by focusing on the dips in flux-linkage that occurs as a result of the slot-openings, then similarly evaluate the cogging torque that occurs due to the stator slots.
In the next seminar, we will then proceed to the synchronous inductances and the phasor diagram.

In this 16th seminar, we will be covering discussion regarding IPM motor open-circuit calculations.
We take for consideration an open-circuit where the rotor is inserted into the stator, and where no current is flowing in the stator coils. The ideal magnetic flux density distribution in the air-gap is calculated approximately with the magnetic equivalent circuit method, and FEA is used to check the harmonic component that occurs as a result of the stator slots, etc.
Through the changes of the operating point of the magnet on its demagnetization curve, I then explain the effect of the leakage flux that occurs due to the air-gap and the bridges.

In this 15th seminar, we will be covering IPM motor design and this will be part 1, the rotor edition.
Up until the last seminar, we completed the design of a 10kW induction motor. We will now change only the rotor to IPM. For comparison’s sake, the stator shape of the induction motor will be used as it is for the IPM motor.
In this seminar, we will design the V-shaped rotor. I will introduce the historical changes in the rotor of permanent magnet motors and explain what each dimension is heavily dependent on.

This tenth seminar is Part 3 of designing an induction motor.
The previous two seminars showed the process of determining the size of the motor and subsequently developing the stator design.
This time the focus will be on rotor design.
The workflow involves first determining the air-gap length, then the number of rotor slots and finally, the slot geometry.
Guidelines for determining the design parameters are shown with the explanations.
We hope this seminar will provide useful in grasping the aspects of rotor design in an induction motor.

This ninth seminar consists of the second part of our continuing focus on induction motor design.
In the first part we introduced the outer design of the stator, whereas this time we will be turning our attention to designing the stator winding.
For this we will be using short pitch winding. This seminar will explain both why this was chosen, as well as information on the distribution factor.
We hope that all those joining us will be looking forward to our next seminar, where the third part of this ongoing series will be talking a look at rotor concept design.

This eighth seminar begins with a first part that introduces induction motor design, with the second part of the seminar to be introduced at a later date.
This seminar will involve starting almost from scratch with little more than the specifications and sizing equations at our disposal—design will require making some use of a little bit of common sense and experience.
The basic sizes of both the rotor and stator are determined, and the stator windings are also defined which includes the number of turns, the number of parallel circuits, and the wire size.
Numerical values based on past design practices can be found in the Green Book, which should prove to be a useful reference.

This seventh seminar sees the second discussion regarding surface permanent magnet motors, with magnetic and electrical calculations executed in accordance with classical theories.
This involves calculating the time harmonic components of induced voltage, followed by the calculation of magnetizing inductance before a finer disassembly of the other inductances.
Also referring to the Green Book should aid in a deeper understanding of these concepts.

This sixth seminar begins discussion on analyzing the features of surface permanent magnet motors, introducing rules for drawing coils and methods for creating winding diagrams and estimating motor performance with winding designs.
Also referring to the Green Book should aid in a deeper understanding of these concepts.

In this fifth seminar, we will be covering discussion regarding the phasor diagrams of SPM motors.
This involves creating phasor diagrams from scratch, and using phasor diagrams in particular to describe the principle of weakening magnetic flux in the high speed regions of PM motors.
Also referring to the Green Book should aid in a deeper understanding of these concepts.

[Vol.003] The Number of Poles in an Electric Machine

We recommend first taking a look at “An engineer’s diary” [No. 19] The number of poles in a rotary electrical machine.

In this video Prof. Miller explains the close relationship between the circuit theory, the control theory, and the field theory of electric machines. After a brief review of the nature of performance calculations, we see how the concept of the space-vector unifies the physical principles and the control methods for DC and AC machines, and goes beyond the scope of classical teaching to include the power-electronic switching inverter. The space-vector concept is explained in detail alongside Park’s transform, which is used to deal with saturation in the important IPM motor, using the finite-element method in an extremely efficient way. The conclusion is that a set of modern software tools redefines (and greatly extends) the classical concept of the unified theory of electric machines.

We recommend first taking a look at “An engineer’s diary” [No.21] “What is a space-vector”, in preparation for information on space-vectors.