Speed versus torque curves and efficiency maps can be created by specifying the control mode for the JMAG-RT model in the JMAG-RT Viewer. Creating an efficiency map regardless of whether measured or obtained as analysis results is an extremely laborious considering the multitude of measurements/calculations and data that needs to be processed. However, the contents of the JMAG-RT motor model can be confirmed without utilizing the model in Simulink. Control designers can gain a overview of the motor features easily and motor designers can confirm the motor characteristics of their designs.

Primary Features of the JMAG-RT Viewer Displaying the output characteristics and efficiency map of the motor model Sample of an RTT file

There are three types of licenses for the JMAG-RT Viewer.

The header information (basic specifications) included in the JMAG-RT model can be confirmed.
This version of the JMAG-RT Viewer can be used right after downloading it from our website. In addition to checking header information, it is possible to create LdLq maps and N-T characteristics graphs, and output MAT files for FEM-parameterized PMSM blocks.
A license is required to use this version of the JMAG-RT Viewer.
It will be issued after an application is received from the following website and reviewed. 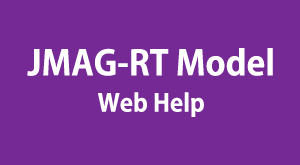