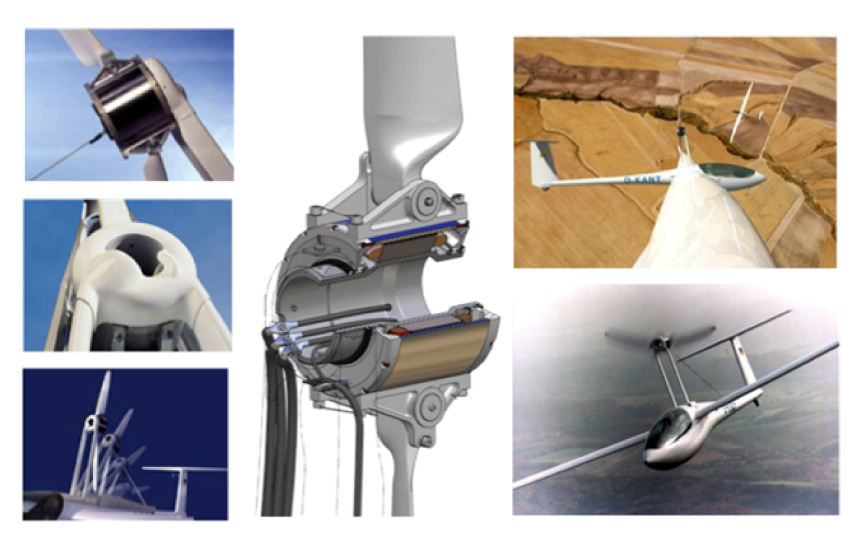 The Permanent Magnet Motor Expert Group at Bern University of Applied Sciences focuses their research on permanent magnet synchronous machines with high torque and power density. The use of JMAG allows them to predict with a high degree of precision the performance and losses of their designs. Since 2008 they have started using 3D FEA to get better results for special motor geometries like dual air-gap motors or to predict the influence of different winding systems.

The Department of Engineering and Information Technology of Bern University of Applied System is one of the largest of the six departments of Bern UAS, which was created in 1997 in response to the introduction of the Bologna Process in Switzerland. Before that the department of Engineering and Information Technology of Bern UAS was an independent College of Engineering looking back over 100 years of education services in the field of engineering.
Bern UAS is one of the best-rated UAS in Switzerland, based on independent rankings and due to its well-known results in Applied Research and Development as well as its Cooperation with Industry. It has one of the highest ratios between government funding and external funding of all Swiss UAS and has received numerous National and International Awards for its Research Activities.
In 2012 Bern UAS has conducted over 280 research programs with external funding, 45 together with the Swiss Agency for promoting Technology and Innovation, 19 together with universities and the Swiss National Fund (SNF) and 4 Programs within the European Framework for Research and Development.

The Permanent Magnet Motor Expert Group, led since 1996 by Prof. Dr. sc. techn. Andrea Vezzini, focuses their research since the beginning on permanent magnet brushless DC and Synchronous Motors and the accompanying power electronics. During this time the group worked in close cooperation with industry and received in 2001 the “Swiss Technology Award” for the drive train of the first commercial electric glider plane.
The group includes four Professors covering all the required fields for electrical machine design: electromagnetic design and simulation, mechanical engineering (CAD), computational fluid dynamics (CFD) for the thermal management and advanced control theory.

Every year Prof. Vezzini is organizing a three-day seminar for all MSE Master Students in Switzerland called “Design and Simulation of Synchronous Permanent Magnet Motors”.
The key steps in the design of electric machines using finite element analysis should be taught. This includes the basics of the electromagnetic force calculation as well as the most important steps in the dimensioning of an electrical machine.
During this course the students are taught the following topics:

The course is a hands-on approach and demands that the students posses during a period of several week access to a valid version of JMAG.
JMAG has been received very well by the students, even the ones having no experience with CAE-software before. Its modern and easy understandable user interface, the self learning studio and the different possibilities for post processing are the key factors for its success during the workshop.
Actually, we had electromagnetic field analysis software before JMAG. But at the time, you could apparently only use the software for 2D analyses, and even then only for static magnetic field analyses. A need arose to have greater analysis precision, so we chose a number of types of software to try out and finally elected to use JMAG. The reason we did so is because its 3D transient analyses were precise and speedy, in addition to being intuitive and easy to use. This decision linked to the success of a project I will talk about later.

Work on 3 Research Areas with JMAG

We have mainly worked on 3 research areas, New Renewable Energy Sources, Sustainable Mobility and Sustainable Cooperation with emerging and developing countries below (Fig. 1).

As an example for the research field we can discuss the case of Electric Motor Glider ANTARES (Lange Aviation GmbH, Germany)
In 2001 the Permanent Magnet Motor Expert Group received an innovation price for this electric motor, which was the first commercially available electric glider plane, able to self-start (Fig. 2).

At that time most of the motor design was made using analytical design tools and a 2D FEA Tool for stationary electromagnetic field calculations.
In 2012 the Permanent Magnet Motor Expert Group received another contract to develop a motor for a new generation of electric plane. The group took the experience from the Lange Glider Plane, but was confronted with the added problem of continuous operation and higher torque density demands.
The use of 3D FEA Simulation made it possible to design a dual air-gap PM machine with extremely high torque density.
The Dual Stator configuration allowed for better cooling as well the use of two independent inverters. This would increase the redundancy of the system and allow operation at half the power at higher efficiency.

Comparison of Distributed and Concentrated Winding

The use of modular non-overlapped concentrated winding enables a significant reduction of end-winding dimensions (Fig. 3). The fractional number of slot per phase per pole enables to reduce number of slots.

The Chosen Parameters for Machine

The following Table 1 shows the resulting parameters for machine.

Loss calculations were important as input for the thermal calculations (Table 2). Lower losses would allow less material and therefore reduced weight. Most important has been the simple integration of manufacturing data (e.g. magnetic curves gained from measurements from stacked laminations vs. single sheet material data)

Fig. 5 Eddy currents on the surface of the permanent magnets and the magnetic rotor material

Thermal Analysis (Fig. 6) has been done to evaluate the temperature in each part and temperature distributions. The visualization enables us to investigate on the heat flow and cooling system (Fig. 7).

The experience has shown, that by using 3D FEA simulation, the performance and loss prediction reach a higher degree of precision.
Given the high computational speed of JMAG as well as the increasing power of today’s workstation, even simulation time no longer seems to be a problem.