[No. 38] What has the automobile ever done for the electric motor?

From the provocative tone of the question, we might be led to expect an even more provocative answer : “nothing much”. Let’s see how wrong this is, and why.

Fifty years ago, as a graduate wet behind the ears, steeped in exotic railway traction motors and disdainful of anything smaller than 100 kW, I’d have been tempted to answer, “nothing much, unless you include magnetos, alternators, DC dynamos, starter motors, motors for fuel and water pumps, fans, windscreen wipers, and dozens of special relays and actuators”. Nothing much — except that the production volumes ran into millions and millions, and today this class of automotive auxiliaries is still alive and well. And if you wanted to understand the inventive content of many or any of these products, you would be hard pressed to find much written material in the learned-society journals or in the textbooks or the lecture notes of the professors. (All of which only reflects the narrow focus in my own schooling). You might do better by reading patents; but patents are designed for claiming, not for teaching or enlightening any but the most persistent student. As for electric traction in automobiles — apart from a few hobby projects, and the electric milk-float, and the electric fork-lift favoured as an off-road racing vehicle by apprentices — there was indeed “nothing much”.

Now if you asked me the question today, I would have to leave out the schoolboy humour and try to give a more serious answer. The short answer would be “a lot”. The auxiliaries are of course still there (even the magneto is not completely extinct); and they have expanded in their range of applications (power steering, anti-skid braking systems, active suspension, air-conditioning) and in the technical sophistication of the motors and especially their controls. But the striking difference today is the “arrival” of the automotive traction motor, and the drive systems we see in electric and hybrid vehicles.

Fifty years ago, a young engineer entering the electric machine industry would have been embarking on a career hidden from public view in the more-or-less closed world of design and development of factory products using traditional tools and a good deal of testing. Many of the design offices would have had ash-trays and tannin-stained tea-mugs, and one desk-top calculator might be shared between five or six engineers in the better-equipped teams. The hallowed ground of the shop floor was often made of wood blocks with swarf and washers embedded in the surface; and the pervasive smell of suds-oil was everywhere except outdoors, where the prevailing scent was the carboniferous “nectar” of steam railways and coal-fired power stations. That’s where they made the starter motors and the windscreen wipers, and probably a few relics of that era still survive.

Today you could make an argument that the automotive industry has raised the art of the electric machine to a new level, which is often shown in spectacular animated colour in publicity videos on the internet. The advances are most extraordinary in the drive systems. An engineer from 30−50 years ago, having been asleep all that time, would wake up in utter astonishment at the sight of beautifully formed hair-pin windings insulated with unheard-of material; at the strength of magnets and the complexity of IPM laminations; or at high-speed rotors with carbon-fibre retaining sleeves; or at an electric racing motorcycle lapping the 37¾-mile Isle of Man T.T. Mountain course at 120 m.p.h. The cleanliness of every aspect would be in stark contrast to the grime of the past.

What happened? Well if we go back more than 120 years, we will find that for some time in the early years the electrically propelled motor-car appeared to be in the ascendancy over its competitor propelled by the smelly internal combustion engine.

This extraordinary circumstance prompts the question again : “Whatever did the automotive people do for the electric motor?” And the answer? “They dropped it”.

It seems that when that happened, let’s say round about 1910, civilisation missed the opportunity to go electric. It was 100 years before the chance came round again. That’s where we are now in the realm of automotive propulsion. This time around, as everybody knows, the stakes are much higher. The first time, it was a question of economic growth and improvement in living standards. Yes, a few people made big bucks, but millions acquired mobility that would have been unimaginable to their forebears. This time, it has more to do with the very survival of the human species, and sustaining rather than expanding our living standards.

How well equipped are we for this revolution, this second chance to rework the norms of automotive traction? Technically we are very well equipped. Almost every aspect of the business is more advanced and far better understood — materials, configurations, manufacturing, and all the vital supporting aspects such as our understanding of environmental impact, and our ability to calculate almost every aspect of the design and performance of the product and its supporting infrastructure. 100 years ago, developments were often driven by brave souls “leaping into the unknown”, unhindered by theory, while the fully calculated development was a rarity if not an impossibility.

In all this renaissance there have been few fundamental inventions. Even the hair-pin winding dates back more than 100 years. But the art and mastery of materials of homo sapiens the toolmaker have reached dizzy heights of creativity that will amaze and baffle the archaeologists 5,000 years from now, even if they unearth our genius in computation.

Because of the importance of human mobility, there is no question that what the automotive people have done and what they do next will prove to be pretty darned important — and that’s how I would answer the question now.

[No. 37] Some essential features of the induction motor – 2 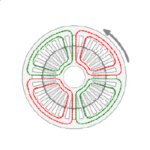 [No. 39] The magnetic vector potential 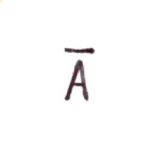