How the department utilizes JMAG to maximize output for sensorless control operations at low speeds and combat thermal issues for PM motors. 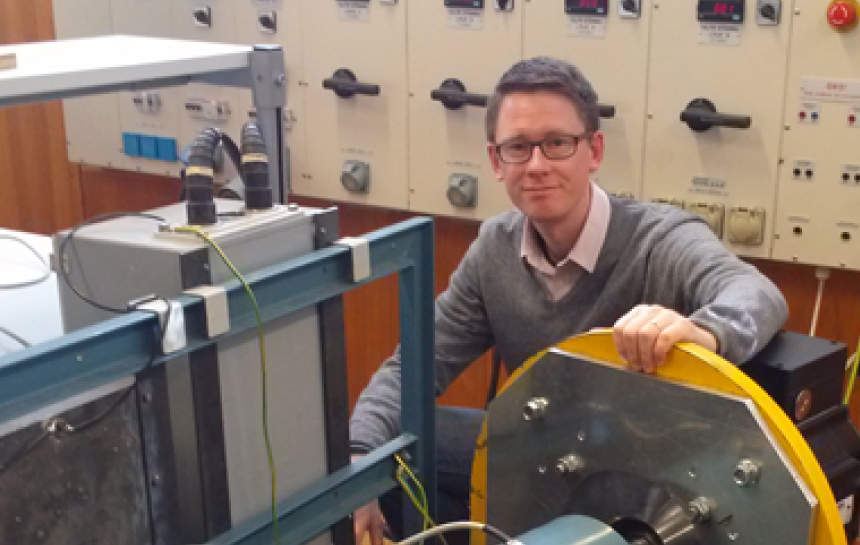 This edition of Implementing JMAG is brought to you by the Department of Electrical Energy Conversion, KTH Royal Institute of Technology in Sweden.
Assoc. Prof. Oskar Wallmark has been using JMAG for seven years, focusing on electric and hybrid electric drivetrains as well as the development and analysis of new motor concepts. We will discuss how the department utilizes JMAG to maximize output for sensorless control operations at low speeds and combat thermal issues for PM motors.

KTH in Stockholm is the largest, oldest and most international technical university in Sweden. No less than one-third of Sweden’s technical research and engineering education capacity at university level is provided by KTH. Education and research spans from natural sciences to all branches of engineering, including architecture, industrial management and urban planning. KTH School of Electrical Engineering is growing quickly, both in staff and in revenue. In the last few years, the school’s EU funding has increased substantially, and in seven years, the staff has grown by nearly 60 per cent, from 284 in 2007 to 441 full-time employees in 2013. Teaching faculty and doctoral students account for the majority of growth.

Reasons why you chose JMAG

At the Department of Electrical Energy Conversion, the group focusing on electric and hybrid electric drivetrains, led by Assoc. Prof. Oskar Wallmark (photo) and Lic. Eng. Mats Leksell, have used JMAG for about seven years to develop and analyze new motor concepts. Both 2D and 3D-based electromagnetic and thermal simulations are performed. A key factor in selecting JMAG was the well-developed integration with other software, including Matlab/Simulink, which enables simulations of complex drivetrains outside the realm of solely finite-element-based computation.

Magnetic saturation, cross saturation and slotting harmonics can have a substantially negative impact when operating a permanent-magnet motor without using a position sensor at low speeds. In this project, Dr. Shuang Zhao captured these magnetic nonlinearities using 2-D FEM simulations. Using a script to control the simulation process in JMAG, the required flux linkage data were computed for different currents and rotor positions in a relatively short time. The results could then be used to determine the optimal current reference trajectory that maximizes torque output at low speeds while still maintaining a stable sensorless control operation.

Placing an electric machine in a vehicle’s engine compartment while sharing its cooling system with the internal combustion engine can be thermally challenging for the magnet and insulation materials used in the machine. To avoid excessive hotspot temperatures, enable an effective thermal design, and maintain the possibility of downsizing the electric machine and/or its cooling system, an accurate knowledge of the temperature distribution in different parts of the electric machine under various cooling and operating conditions is required. In this project, Dr. Shafigh Nategh used JMAG as a tool when developing and evaluating a novel thermal model of a PM motor for use in an automotive traction application.