Stimulating the Expansion and Reinforcement of the Business Domain with JMAG

The Meidensha Corporation, whose business ranges vary from heavy electric machinery to industrial electric systems, was established 113 years ago. The technology of its products is mainly founded in rotation machines. The JSOL Corporation’s electromagnetic field analysis software, JMAG, has stimulated technological innovation, supporting product development by providing a tool capable of achieving higher efficiency, higher output, and establishing highly precise control technology for its products. Electromagnetic field analysis software is also at the forefront of development for new technologies that require advanced solutions for environmental conservation.

Mr. Yamada, Executive Officer and General Manager of the New Product Development Group, Mr. Nomura, Senior Fellow, Mr. Watanabe, Senior Engineer of the New Product Development Planning and Management Department, and Mr. Matsuhashi, Manager of the Analytic Simulation and Advanced Control Technologies Section, discuss why they decided to implement JMAG and the benefits of using it.

– The Meidensha Corporation has manufactured and sold electrical devices such as generators, transformers, and electric distribution systems as well as contributed to the social infrastructure, such as water treatment devices and control systems for water supply and sewerage systems, various electric components for manufacturing equipment, and computer systems since it was established in 1897. What advantages does the Meidensha Corporation have?

Mr. Yamada Our technology and products are fundamentally based on “rotation” or in other words “rotating machines.” The phenomena of “rotation” seems simple, but in fact it is quite profound. For example, when motors start or brake, the necessary force, rotation speed, and the type of control depend on the type of load.

Motors and inverters can also be bought separately and combined. However, the Meidensha Corporation earned the trust of its customers because we are able to produce high-performance products by developing the motor and inverter as one unit.

Motors from the Meidensha Corporation

Inverters from the Meidensha Corporation

Not Simple Simulations, But a Tool Stimulating Creativity

Mr. Nomura JMAG provides a way for us to attain and progress our implementation of computer aided engineering (CAE). In the late 1980’s, we established a CAE center and began supporting our design process with analysis software that used the finite element method I . At that time, it was a trial and error process using both magnetic field analysis software that we internally developed and other universal analysis software.

In the field of industry, the development of permanent magnet (PM) motors, or a type of motor that uses permanent magnets on the rotor, was a huge turning point. Three dimensional magnetic field analysis was required in the 1990’s when the technological development of PM motors gained momentum. We needed a tool that could accurately calculate the torque because the torque ripple II directly affects the ride of elevators using PM motors. However, there is a problem that the path of eddy currents which exists in the magnet cannot be evaluated by means of a two-dimensional analysis. Therefore, a tool with three-dimensional magnetic field analysis is necessary.

We tried several magnetic field analysis tools when we stumbled upon JMAG. JMAG was an easy-to-use software suite that satisfied our need for three dimensional simulations that could analyze the transient phenomena of rotating motors and the eddy currents that existed. Personally, I was astonished by the analysis of the eddy currents in the permanent magnets of PM motors. We could enhance our techniques during design processes by verification of the simulation with measurement.

Mr. Matsuhashi When we originally implemented JMAG we needed an analysis specialist because JMAG operated on a workstation, but today, JMAG, which now runs on personal computers, is much more user friendly allowing us to use it in many different departments. We have been able to increase the level of our prototypes and reduce the number of prototypes as JMAG has become more accessible to designers as well as engineers. We had to examine the technology and quality of our products, build and rebuild prototypes at various stages of product development, which is not limited to PM motors. We strive for a front-loading type of development process using analysis software to guarantee only a single prototype is required at each stage of development. Obviously, our ultimate goal is to have a development process that doesn’t require any prototype, but that will still take some time to achieve. However, JMAG has contributed vastly in reducing the number of prototypes and virtually eliminated the need to totally overhaul a prototype or start the development process from scratch. 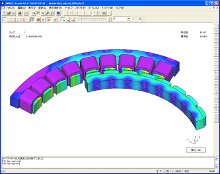 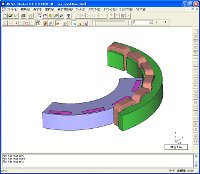 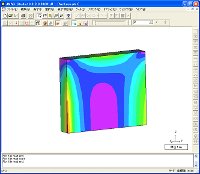 I.Finite element method refers to an analysis method performed by separating a large object into virtual elements that have a finite size, and then analyzing the object as the sum of the elements.span>
II.Torque ripple refers to the ripple in the torque (force) when a motor rotates. The torque ripple causes noise and vibrations and worsens the control.

– What types of innovation are required to get everyone accustomed to JMAG and increase the effectiveness of implementation?

Mr. Nomura JMAG was not used throughout our company immediately. I feel there are certain skills required to become accustomed to JMAG. The Analytic Simulation and Advanced Control Technologies Section has established a system for analysis technologies accepted by all the engineers in our company. The results from the analysis and the experimentation were compared for consistency and error, and if an error occurred the reason was clearly identified. Associated divisions started, adopted, and utilized the data shared as technological assets by gathering all of the valid data. Even today, we reinforce our competitive edge by creating a knowledge base that actively discloses information valuable to each division via a database server.

Mr. Watanabe Proving the validity of not only JMAG, but CAE, to the entire company was also a key factor. The effectiveness of JMAG was even compared to other third-party software now and again at technical report and quality management meetings as well as internal exhibitions that our President attended. JMAG was promoted from the top down throughout the company after receiving praise for cost effectiveness from the President of the Meidensha Corporation. As an engineer himself, he understood immediately the importance of using JMAG so that only a single prototype would be required. This allowed us to expand the use of JMAG. 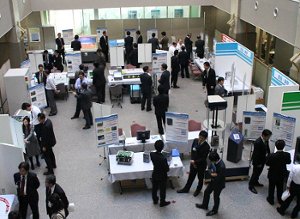 Internal Exhibition at the Meidensha Corporation

Internal Exhibition at the Meidensha Corporation

Mr. Matsuhashi Each engineer also needs to experience the value of JMAG so that it can be effectively implemented. I was also amazed when the eddy currents produced were visualized in the analysis results obtained by JMAG. I have re-evaluated the development process in the past which allowed me to fully comprehend the potential I was seeing.

A design engineer with hands on experience using JMAG told me that he was able to gain confidence in his decisions by comparing the simulation images of the eddy current loss in a permanent magnet obtained by JMAG with the results of the actual eddy currents.

My colleagues and I, as well as many of our engineers, had the same experience which was also instrumental in expanding the use of JMAG in the Meidensha Corporation. There is no key person that has been specially assigned as an analysis specialist. We value the ability to work with one another to discover new ways of using the analysis based on other analysis that we have performed without hesitation. This provides an environment where the engineers exchange technical ideas horizontally to one another, rather than only learning the fundamental operations.

Of course, this type of collaboration would not be possible if JMAG was not so easy to use. As JMAG-Studio and JMAG-Designer have advanced, the interface has become even more accessible to a wide range of engineers. Even the workstation version of JMAG utilized a graphical user interface and mouse operations.

– Isn’t a drive motor and inverter built by the Meidensha Corporation used in the “i-MiEV” electric vehicle from Mitsubishi Motors?

Mr. Yamada Yes. Mitsubishi Motors started purchasing our motors and inverters in 2008 for their electric vehicle drives because they are small and light, have less noise, and are highly durable.

By optimizing the design using JMAG simulations, these PM motors realized a smaller and lighter design, which also results in higher efficiency, higher output, and lower losses. The inverter controlling the current flowing in the motor supports a smooth and powerful driving experience by providing highly accurate drive control technology.

Originally, the Meidensha Corporation researched the application of PM motors for elevators in addition to researching applications for electric vehicles collaboratively with large electronic manufactures and universities. Our motor technology is used in electric vehicles that can reach the speeds of F1 racers. The outstanding drivability of the i-MiEV was achieved by further innovations based on motor/inverter technology accumulated from our previous research. The simulation technology provided by JMAG was in the background of this technological development.

– How will the Meidensha Corporation expand their business in the future and what role will JMAG play?

Mr. Yamada The Meidensha Corporation created a medium-term management plan, “POWER 5,” which is a five year plan starting from fiscal 2009. In this medium-term plan, we are striving to expand our business in 5 areas that contribute to a low-carbon society, such as motors and inverters for electric vehicles. Each of these business areas relates to rotating machine technology in some way, such as motors. The direction of technology in the future points to continuous technological development for rotating machines. In addition, innovation of products contributing to environmental conservation is also indispensable.

In the future, design methods accounting for the biodegradability of products, which is the last stage of their life cycle, will be necessary to meet the challenges in reducing the total environmental burden. PM motors, for example, will probably need to be innovatively designed so that the permanent magnets of the rotor can be recycled easily. Heavy electric equipment and industrial electric systems, just like appliances, require recycling control methods founded in product liability.

Mr. Watanabe Product development has to be environmentally friendly as well as consumer friendly, not simply by quantitatively understating the environmental burden of the products, but by establishing a product life cycle management system. Therefore, it is necessary to know the performance of products at an early stage of development or even at the stage of concept. And it means that simulation becomes more and more important.

I have realistic expectations that the calculation speed will continue increasing and the range of analysis will expand to thermo-fluid analysis. However, stepping back for a wider perspective, I would love to see functions to calculate the CO2 emissions of a product at the analysis stage and increase the percentage of materials used in products that can be recycled.

JMAG is evaluated highly as one of the major leaders in magnetic field analysis software since its release in 1983. And for this reason, I expect JMAG to continue being a software that engineers can rely on. 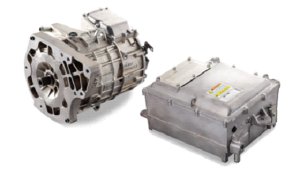 Motor and Inverter for the i-MiEV

Business Overview
The Meidensha Corporation was established as a heavy electric machine manufacturer in 1897. In addition to business in social infrastructure, such as generators, transformers, control equipment, and water processing equipment, the Meidensha Corporation is founded in industrial systems, such as drive equipment for elevators and electric vehicles and industrial computers, as well as maintenance of the various equipment. Their consolidated sales are ÂĄ198,797 million as of March 2009. The Meidensha Group is a global manufacturing and sales group that has 23 companies domestically in Japan and 15 companies internationally which are localized in Asia. Presently, they are focusing on various components for electric vehicles and the use of natural energy, such as solar power and wind generators. 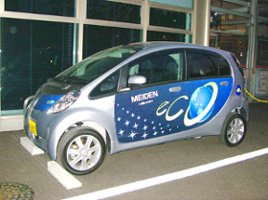 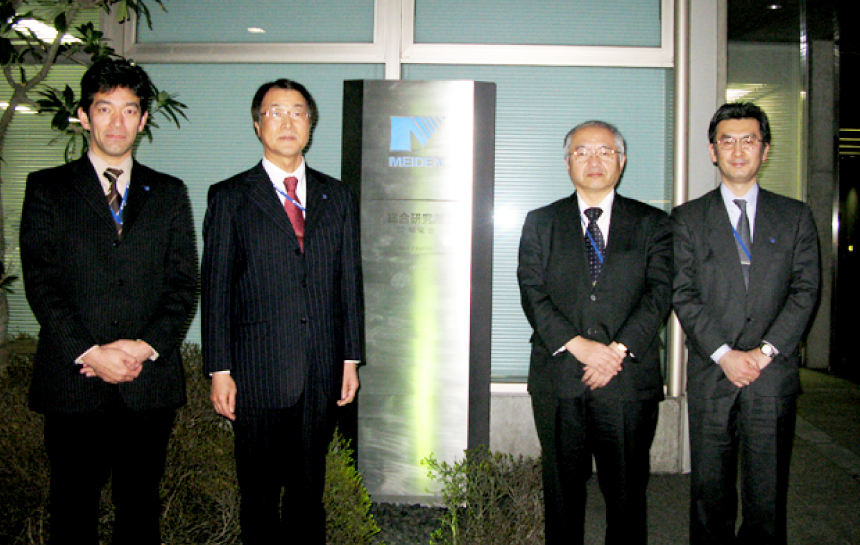 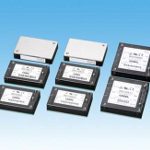 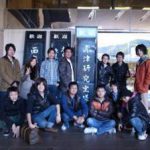