In thermal analysis, material properties need to be specified are only three items, specific heat [J/kg/deg C], thermal conductivity [W/m/deg C], and density [Kg/m^3]. Specific Heat and Thermal Conductivity is set in the Thermal Properties tab of the Material Editor dialog box, and Density is set in the Mechanical Properties tab. All these material properties can be defined as the table value for Temperature Dependent and nonlinear properties can be taken into account. Temperature Dependency under Density is set to express a phase transformation such as density variations from metal’s crystal structure changes in high temperature.
In a coupled analysis between thermal and magnetic field, a model used in a magnetic field analysis is often used also in a thermal analysis as it is. Magnetic field analysis models, however, includes parts such as air regions that are not necessary in a heat conduction analysis, so they must be deleted. In such cases, just clearing the [Include This Material to Analysis] checkbox in the Material properties dialog box of the part makes it possible to delete the part. The part seems to be still exits in the model, but it is exempt from calculation, leading to the shorter calculation time.

Accounting for the Temperature Dependency of B-H Curves 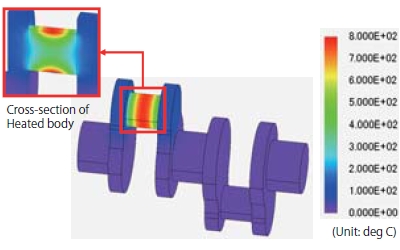 Temperature distributions after the quenching 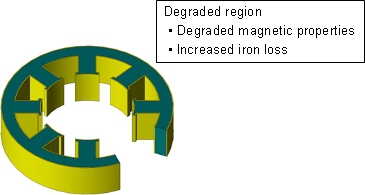 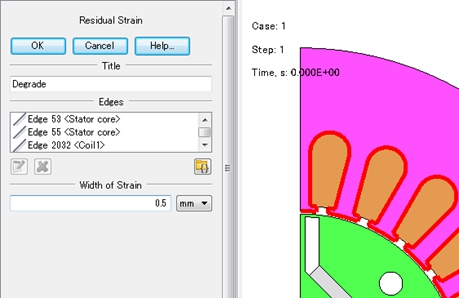 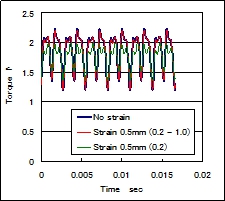 Torque comparison
with and without production degradation 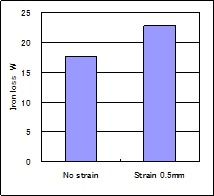 Iron loss comparison
with and without production degradation 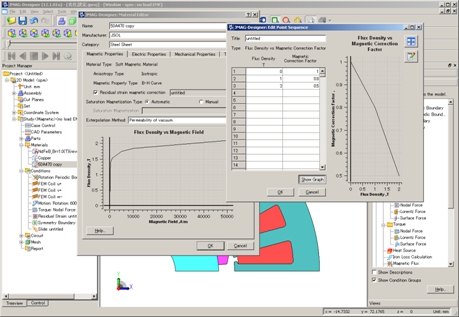 The effects that stress from shrink fitting and press fitting have on machine performance can be accounted for.

Detailed evaluations accounting for magnetic flux density and stress direction can be evaluated in an iron loss analysis.