JMAG has a track record of continued pursuit for acceleration through the development and fine-tuning of calculation algorithms. JMAG utilizes the speed of single core acceleration. It also effectively uses hardware to deal with large-scale models to work in parallels.

Speedup in processing is widely expected in small to medium size models with the shared memory multiprocessing (SMP) parallel solver. JMAG is engaged in development that makes the best use of multi-core machines, such as reducing memory usage and assigning core for multi-thread processing. 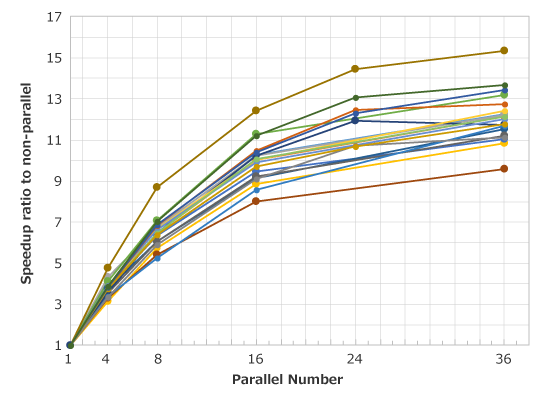 2019.03.26
[W-HU-71] Notes on Performance Evaluation and Hardware Selection of JMAG Parallel Solver
This document can be thought of as pointers and precautions for hardware selection and software operation....

This is a parallel solver that uses multiple nodes (machines). JMAG is developing technology to reduce traffic between the nodes. This technology enables the calculation of a large number of parallels in a cluster system. Speedup in processing massively parallels such as 1024 parallels is promising in models with elements on a scale of one million to tens of millions of elements. 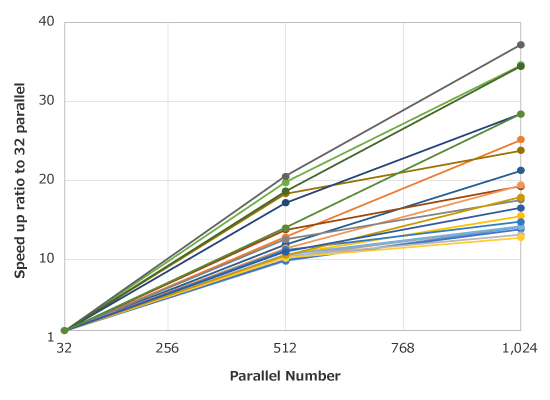 2020.06.16
[W-SE-145] Highly Parallel Solver Performance Evaluation (Induction Heating)
This document uses as an example an induction heating model to evaluate the performance of the highly parallel solver. As a result, it was found ...

JMAG is focusing on GPGPU (General-purpose computing on graphics processing units) used for numeric calculations with the exception of image processing and provides solvers that support GPGPU.
Speedup is conducted efficiently by using GPU in calculation parts of the linear solver, as well as simultaneously using CPU parallels for other processing.
In particular, a noticeable increase in processing speed can be seen in a model where calculation time for a single step (there are a large number of elements or calculation for the linear solver takes time) takes a long time. 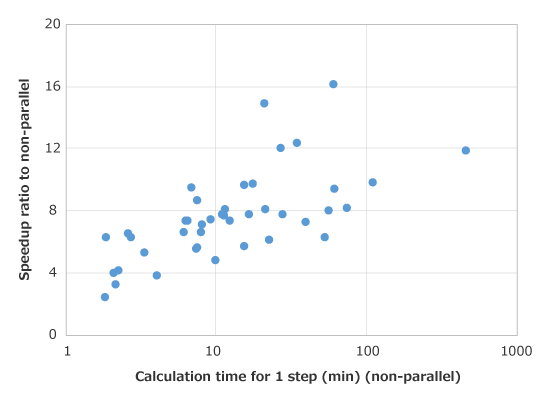